A Good Photo Should Evoke An Emotion, Feeling, Or Memory

I had driven along the length of the Lamar Valley, then the road curved and headed more northerly, toward Cooke City. I’d already stopped and photographed Soda Butte (you can see it way in the distance a little left of center of this image), but decided to pull over again for a more wide-angle landscape.

Now, this image is nothing spectacular, although I think it’s pretty enough, and I (of course) like it. This image is more of an example of how a photograph can (and should) evoke some sort of emotion, memory, or feeling. That’s the hallmark of a good image, actually. Doesn’t have to be stunning to do that. When I look at this shot, I feel downright cold because I remember just how cold it was that day. I see the dry powder snow blown across the road by the freezing wind that chapped my cold hands. The day had a blue cast to it because it wasn’t a very bright day. The sun was hidden above angry clouds that turned into a winter snow storm later in the evening. The mountains were blue because they usually look blue in winter photos, don’t they? This shot shows that it’s a frigid winter in Yellowstone.

Comments Off on A Good Photo Should Evoke An Emotion, Feeling, Or Memory

Call this post a preview of my MLK-weekend trip to Montana and Glacier National Park.  I’ll have a longer, different version published in February in the National Parks Traveler.

In a roundabout way, I owe this 3-day jaunt (not counting the day to get there and the day to return to TX) to my company taking away a “floating holiday” (to be used at each employee’s discretion).  I always used those floating holidays  in conjunction with a planned vacation.  In return, the company gave to us what the masses apparently wanted:  Martin Luther King Day.

Hey, I have absolutely nothing against MLK day.  A holiday is a holiday.  But I much preferred that floating holiday to use as I wished, versus a “fixed” holiday.  So, I decided in an I’ll-show-them sort of way to take a long weekend and head on out someplace away from Texas (all of my vacations are taken away from this state in which I’d rather not be).  I’d been hankering for some winter weather, instead of the humid 78-degree weather here in SE Texas (I want my winters to look and feel like winter, dammit).  To that end, I flew to Montana and snow shoed in Glacier National Park.

It was heaven on earth, despite the sub-zero temps.

-4 degrees F and frost on the tripod.

Colorful icicles off the side of Hwy 2 just before entering Hungry Horse, on the way to the park. 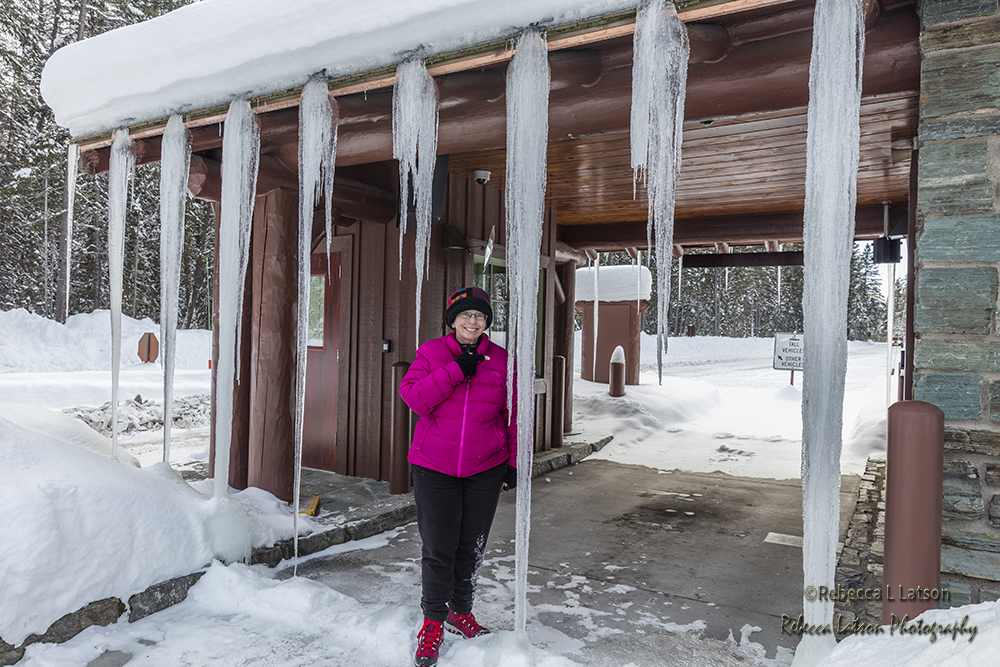 Some very long icicles at the West Glacier entrance to the park.  I look like a bright pink beluga whale but I’m definitely warm.

Moon set during the pre-dawn hours at Lake McDonald.  It was silent except for the ice cracking and the distant hooting of an owl. 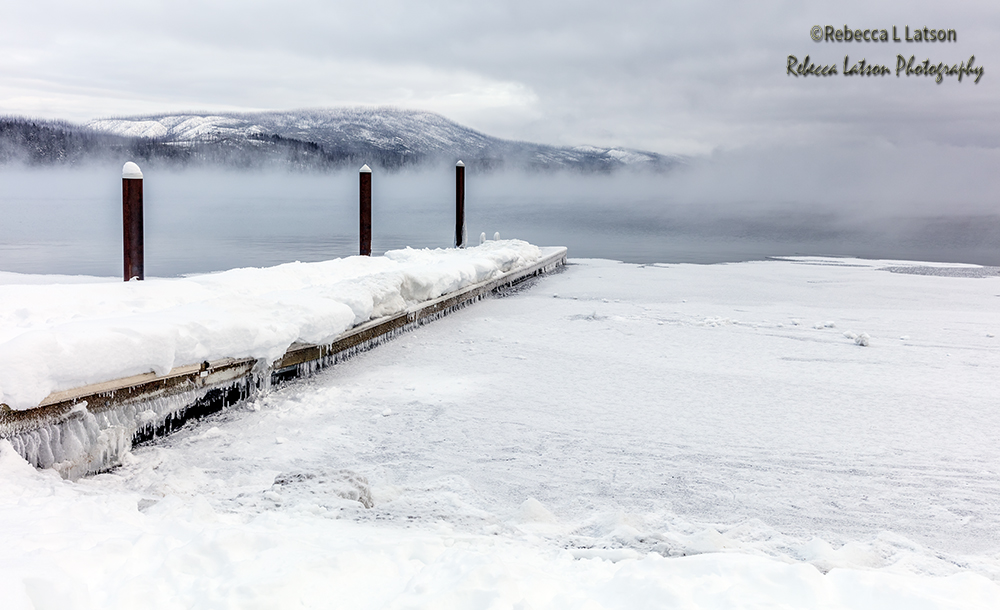 The look of sub-zero at Lake McDonald. 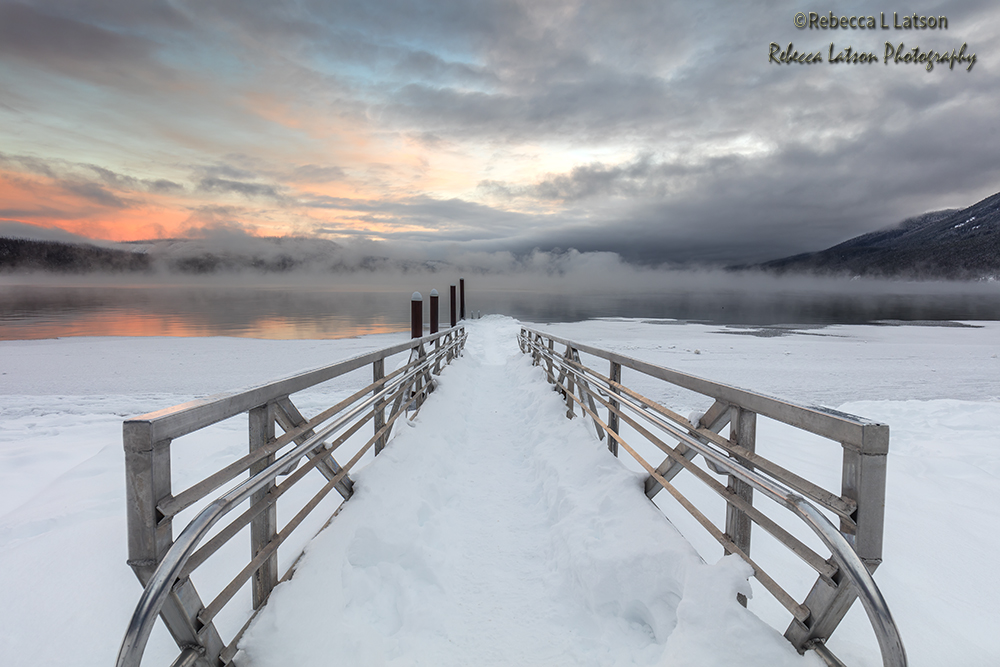 A frosty sunrise at Lake McDonald.  The mountains were still in hiding that morning. 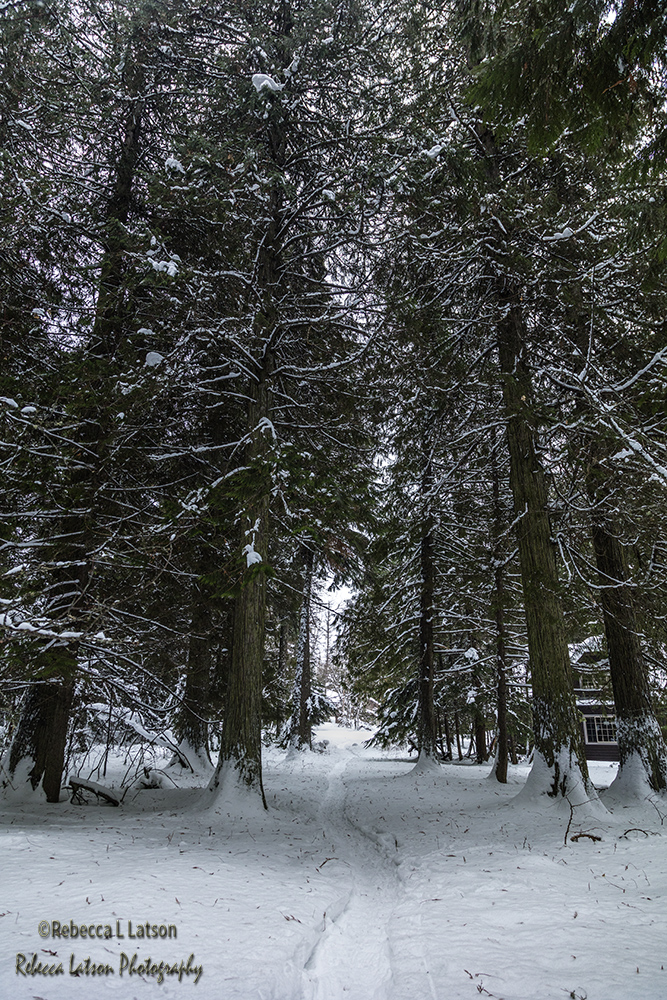 Scenes while snow shoeing near Lake McDonald Lodge in the park.  The lodge was as far as the Going-To-The-Sun Road was open. 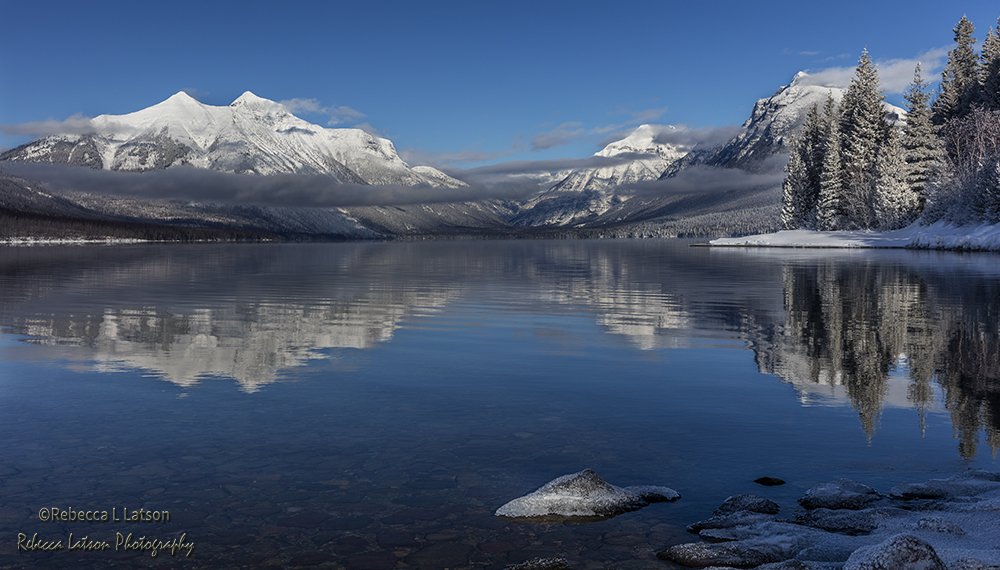 Late afternoon brought out the mountains, along with some clear skies and lake reflections.

So, thank you, Company, for the MLK Day, because if you had not taken away a floating holiday and given us this day off instead, I doubt I would have given second thought to a deep-winter photography trip to Glacier National Park.  And that would have been a shame.