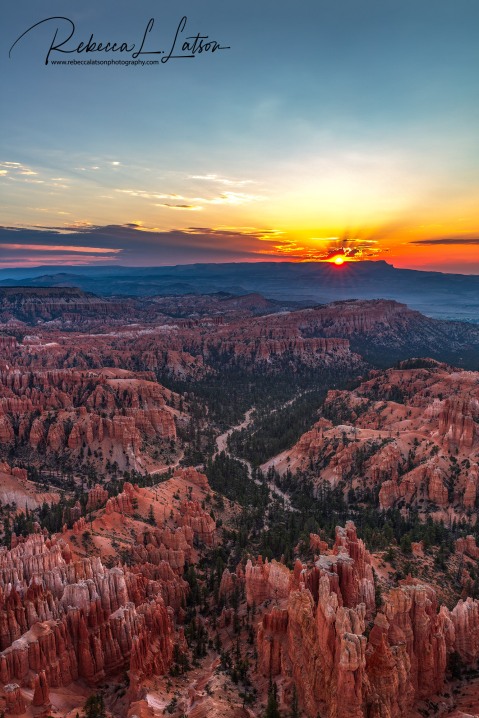 No, I’m not in Bryce Canyon. I’m instead going through a few archived shots and using them to create HDR images.

I used a single image and then copied it a couple of times, using different exposure settings. I then combined all those images into HDR. The reason for this is because I did not bracket my original shots (which I should probably do more often, for when I want to use HDR), and because I handheld the camera. The fence at Upper Inspiration Point is just a little too tall for me to stand on tiptoe with my tripod, trying to look through the viewfinder. There was a tall guy standing next to me with his tall tripod, and he didn’t have any problems. I did. So, instead, I handheld the camera and used the “burst method” of holding down on the shutter button for several clicks. I knew out of all those shots, at least one of them would be nice and sharp. The caveat with the burst method is that it takes up space on the memory cards, so I always bring lots of extras with me, in varying sizes of 16GB to 128GB.

Comments Off on Sunrise Saturday