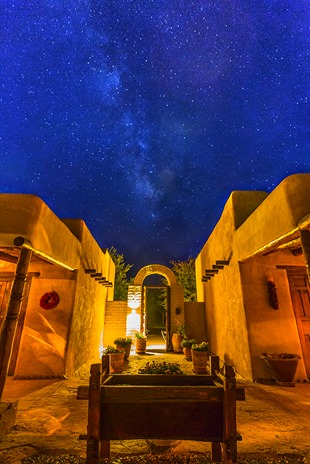 My first vacation of the year was the last week of  April 2014.  I drove 13 hours from my home in southeast Texas all the way over to southwest Texas to Big Bend National Park…in one day.  I wasn’t able to get a room in the Chisos Mountains Lodge for Saturday the 26th, so I instead stayed in the beautiful Gage Hotel in Marathon, about 60-some miles north of the park.

One of the main reasons I timed my trip for late April was because of the new moon.  When I visited Big Bend back in December 2013, there was a gibbous moon, the light of which blocked out the wonderful stars and purple-white line of the Milky Way.  For this trip, though, the stars out-performed themselves.

Stars and the Milky Way over the Chihuahuan Desert 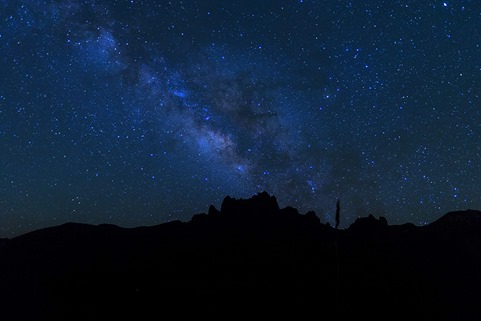 Stars and the Milky Way along Basin Road, toward the Chisos Mountains

The park’s most recent newsletter talks a lot about the starry skies in Big Bend, as well as the problem with light pollution elsewhere (which is why parks like Big Bend are so important).  Many nocturnal creatures guide their lives by the stars and even by the straight line of the Milky Way, believe it or not.

If you ever have a chance to visit this amazing, out-of-the-way park, try to go during a new moon so you, too, can see the starry expanse of the night sky.

The Milky Way over the Los Portales rooms of the Gage Hotel, Marathon, TX