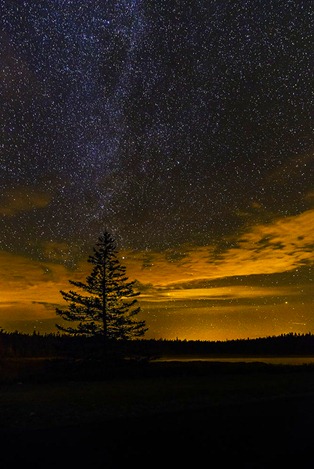 During my first night sleeping in my Bass Harbor rental cottage, I awoke at about 2AM and looked up through the skylight windows above the bed.  I was not wearing my glasses and could see these bright little blobs against the black background of the night.  After clearing my vision with the application of glasses, I saw those “blobs” were brilliant twinkling stars.

I had never seen the stars so bright – definitely not in my part of southeast Texas.

So I made a note to set the alarm clock for 1AM each morning.  If I woke up and saw the stars through the skylight windows, then I would dress, grab camera and gear and drive over to the seawall (about 2 or 3 miles away) to set up tripod and work on my night photography. 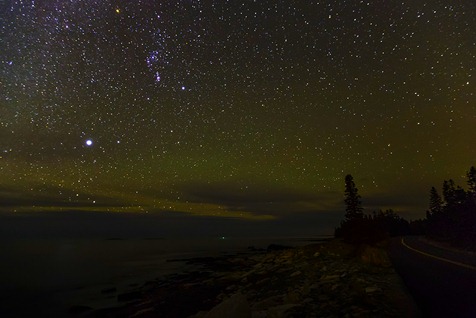 The road to the stars.  Looking back from whence I came.  I was pointing the camera toward the seawall side of the road. 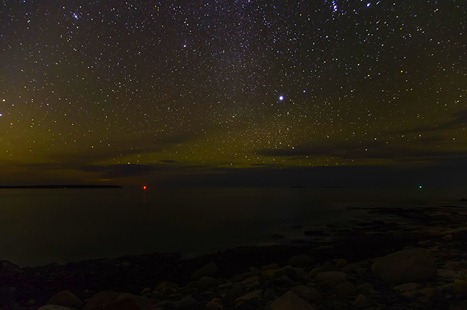 A sea of stars.  That bright red light is a blinking buoy. 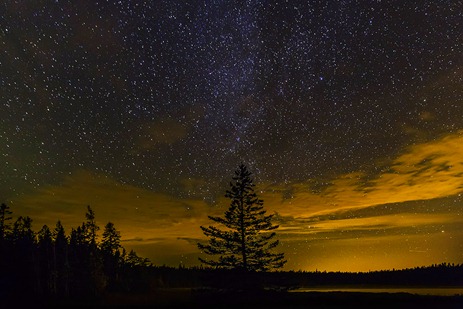 Early morning stars.  The first night I took photos, they turned out horribly because I didn’t have the manual focus set correctly (and you need to focus manually).  So the one image with the Northern Lights in it failed to turn out.  On this night, I managed much better, but I think that yellow glow in the distance may be from one of the little towns and not the Northern Lights.  I think I missed my chance at that for the remainder of the week.

And for those of you interested in knowing how I achieved these photos:

And of course, this was all on a tripod.