A Wedding In Galveston – The Bridal Party Posed Shots 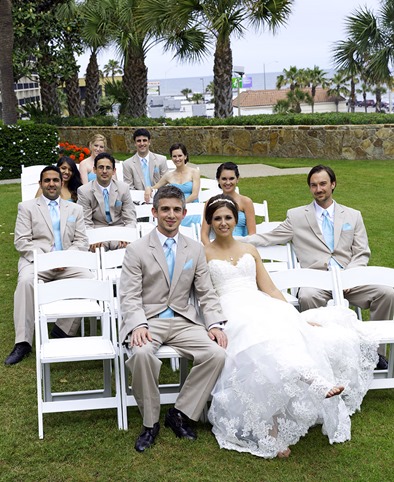 Josh and Maegan did one of the smartest things I think any bride and groom can do: they opted to get all of the posed shots (sans families) out of the way *before* the ceremony. That way, only the family posed shots remained post-ceremony and people were able to get to the reception and have fun faster and earlier. Plus, I didn’t have to worry about corralling everybody together. Thanks to that handy schedule Maegan emailed to all the key players, everybody knew their time and part to be played.

Here’s what I had Josh do: He came out to the gazebo first and I told him to stand facing the Gulf of Mexico view so his peripheral vision wouldn’t see Maegan coming out of the resort and down the side walkway toward the gazebo.

I told Maegan to go stand about 2 rows away from the gazebo. We then *both* had to call out loudly to Josh that it was ok for him to turn and look. 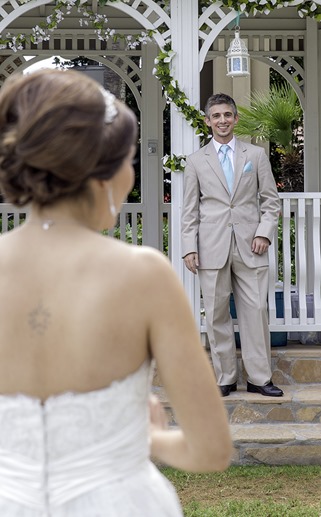 From there, it was a series of bride & groom shots, bride & groom & bride’s daughter shots, and bride & bridesmaid shots. Everything was outside, the lighting was great, the background venue was great, and the resulting photos turned out really well. I used both my Canon 5D Mk III and Canon 1-DX with the 24-70mm lens and the 70-200mm lens.   For the images of Josh’s reaction to Maegan as she approached him in her bridal gown, I set the focus mode on the 1-DX on servo because I knew Maegan was moving toward Josh and Josh kept turning toward Maegan with his smile growing ever wider. 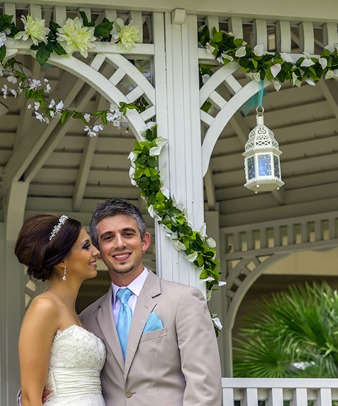 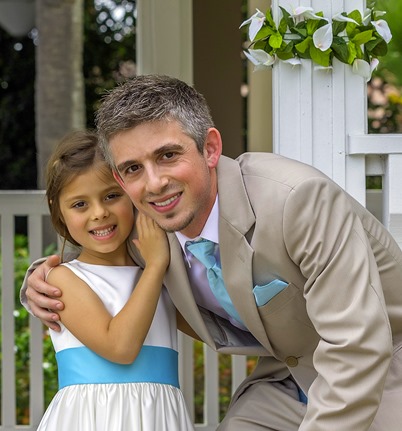 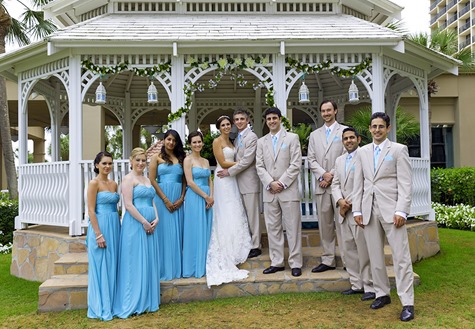 Showing off the foot jewelry.  Instead of slippers, the bride and bridesmaids all wore delicate foot jewelry to walk down the grass aisle. 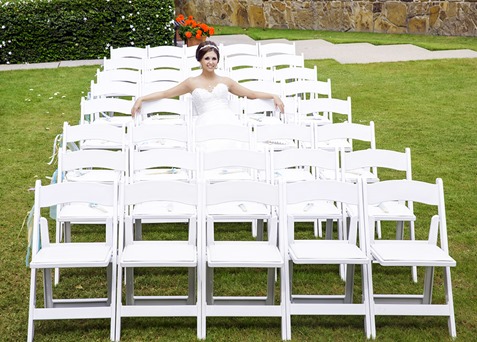 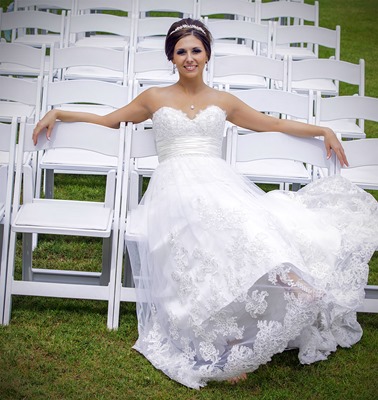 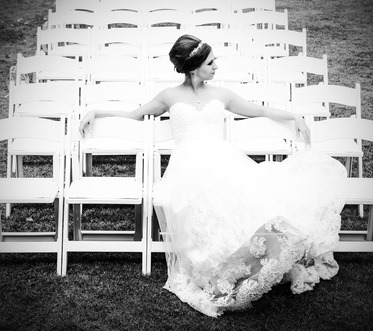 After the posed shots, there was about a an hour or more during which we  could all relax (well, except for the photographer) prior to returning for the ceremony. The guys went one direction and we ladies headed back up to the 16th floor to find ourselves locked out of Josh & Maegan’s penthouse suite. Some of the room card keys had been left in the room and the card keys available to us did not work. While waiting for the resort’s security to come up and unlock the door, I asked Maegan to pose in front of the long, curving bank of hallway windows. The rear architecture of the San Luis Resort is completely made up of those neat curving floor-to-ceiling windows from one end of the hallway to the other (except for the part where the elevator banks are) and they make for great photo ops. 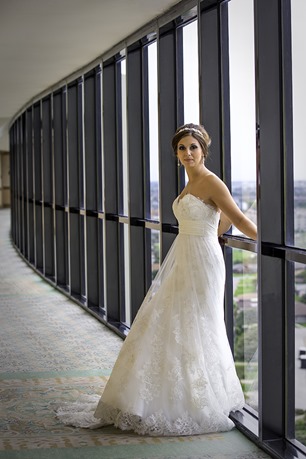 Oh, and  don’t forget to get some silly shots, too. 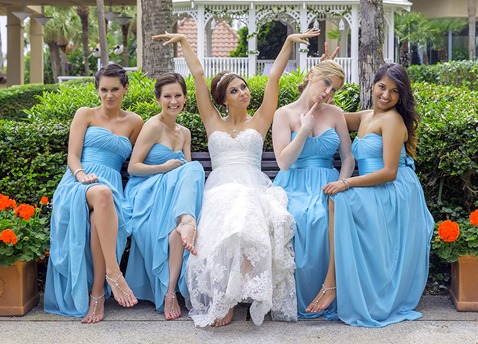