A Galveston Wedding – The Big Day: Hairstyling and Makeup 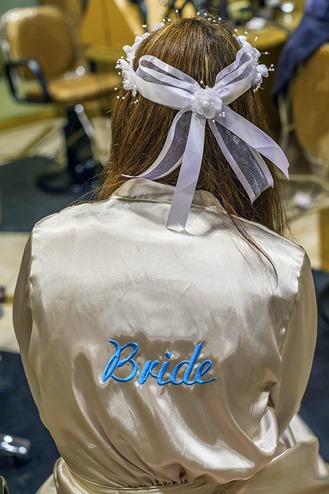 My day of photography did not start until 10AM, when I met the bride, her mother, her daughter, and bridesmaids down in the resort’s spa for a morning of hairstyling and makeup.

The salon portion of the spa is relatively small – or rather, I should say it’s styling cubicles are relatively small, so one of the things I had to watch out for was accidentally getting in the way of the shot. I photo-bombed myself more than once, I’m afraid.

Since this was an interior photo op, I increased the ISO to 500. I had my Gary Fong dome diffuser attached to the flash on my 1-DX, but never used it as it would have reflected in the salon’s mirrors.

Hair and makeup sessions make for great ops, despite the above considerations. Make use of the mirrors and their reflections. Frame your compositions at different angles for some variety. 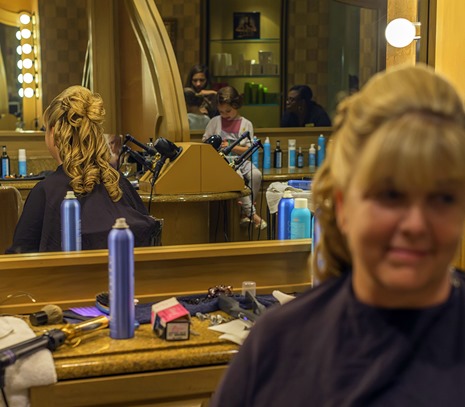 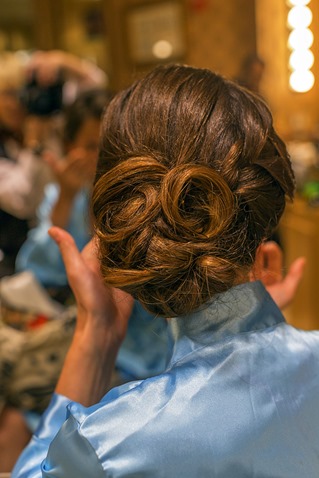 And try to get images that the ladies would like (i.e. try not to take unflattering straight shots of faces without makeup – if you do happen to get those shots, then make sure you’ve added a little interest or humor to the comp).

I was there from 10AM to about 12:30PM. After that, I was off to photograph the groom and his men.

Comments Off on A Galveston Wedding – The Big Day: Hairstyling and Makeup