You wouldn’t think it’s winter down here in southeast Texas.   It’s been in the upper 70’s (Fahrenheit) for the past few days.  Foggy in the morning, sunny and bright by mid-morning lasting into the evening.  Yesterday, it was 80 degrees.

I get every other Friday off.  During those Fridays, I generally don’t like to go anywhere (except on vacation, that is).  However, I’d scheduled a bone density test for this particular Friday off, so I decided I’d take along my cameras and spend time after the appointment at a state park to which I’d never been.

Well, I’ve still never been to that state park, and probably won’t ever get there.  You see, Google Map’s directions are not always spot-on.  I managed to get lost and spent the remainder of the morning never finding the park. But, I did see a lot of new area around the outskirts of Houston which I’d never seen before.  I’ve read that seeing new places helps your brain’s neurons (or whatever) create new pathways, which in turn keeps you from getting age-related dementia too soon.  So I guess the morning wasn’t a total waste.

By the time I finally found a highway that would take me home, I decided I might as well drive out to familiar ground instead of going back to my apartment.  So I found myself showing the park ranger my annual Texas State Park pass and I spent a few hours at 40-Acre Lake in Brazos Bend State Park. 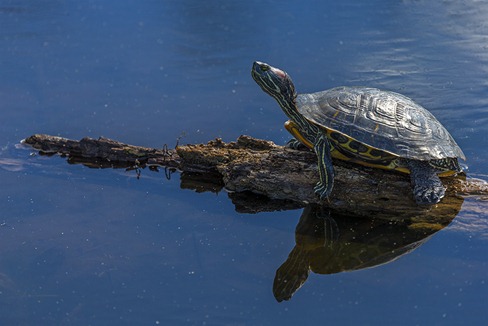 The weather was unbelievable.  For  a winter’s day, people were out in shorts and t-shirts.  There still wasn’t much bird life, but the American alligators were sunning themselves in numbers. 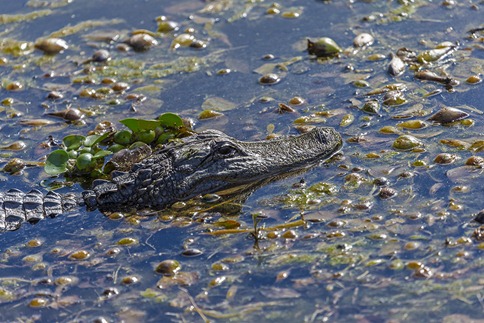 Becky was out sunning herself too.  Oh, and I was also testing my new Giga Pro T II wireless remote by Hahnel.